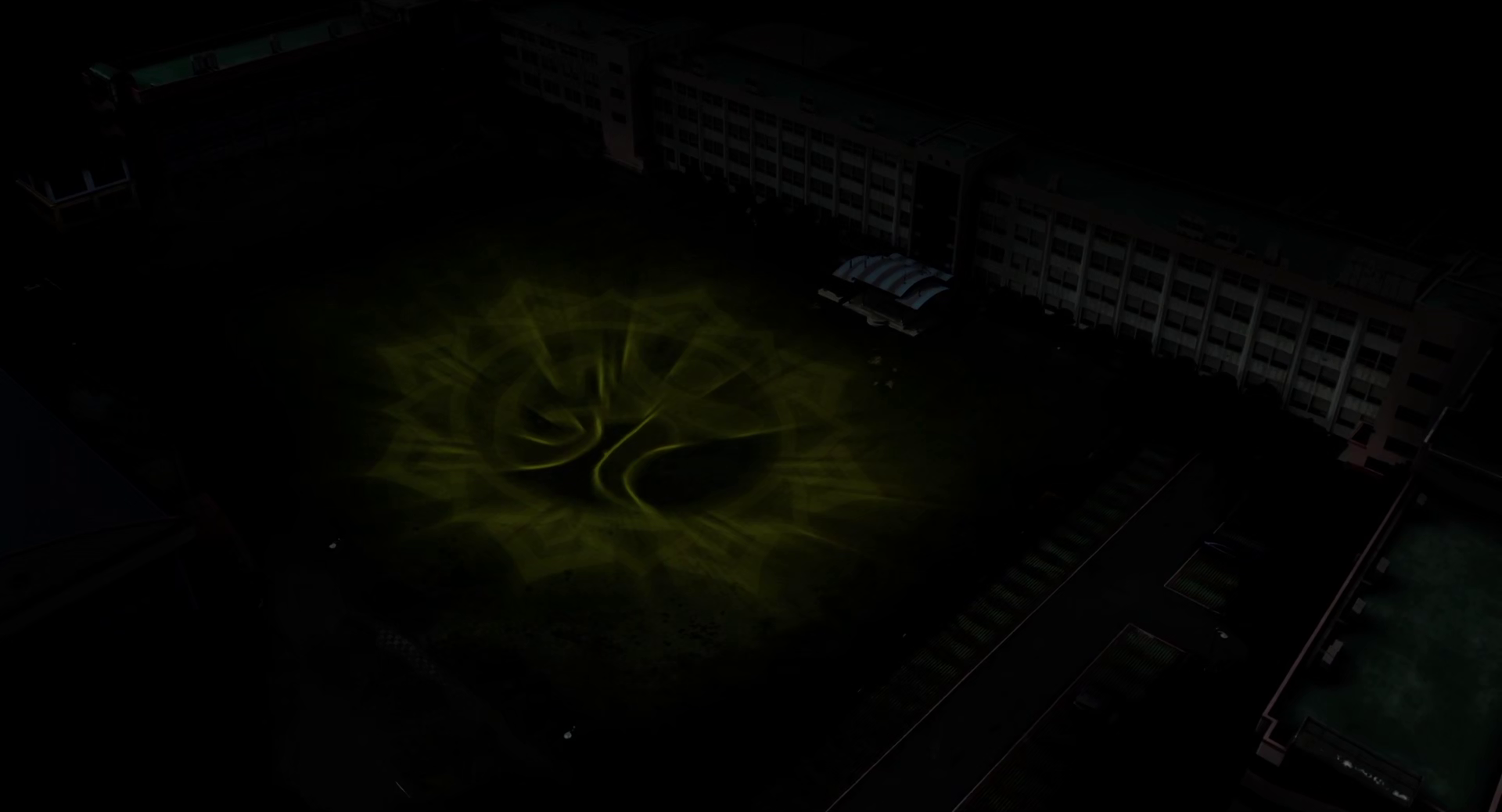 An adaptation of the horror game White Day: A Labyrinth Named School. Hee-Min (Chani) just transferred to a new high school but has a hard time fitting in. What’s more, the school is actually located on a gate to hell or something, and is a constant hotspot of spiritual activity. On White Day (Men’s Valentine’s Day in Korea) Hee-Min and some other students sneak into the school late at night, only to find themselves trapped and targeted by evil spirits. Among the other trapped students are Hee-Min’s love interest So-Young (Park Yoo-Na), fellow shaman-to-be Ji-Min (Jang Somi), as well as Seong-Ah (Lee Hye-Ran), her friend Ji-Hyeon, and a gang of bullies. Some of them were involved in some kind of incident that lead to the attempted suicide of So-Young’s sister Na-Young. While the others are looking for a way to escape, all Hee-Min can think about it rescuing his sweetheart, who seems to have some unfinished business at the school. Is it her sister’s ghost that is haunting the premises? Meanwhile, two veteran shamans investigating the hauntings discover that something bigger might be at play here.

For the uninitiated, White Day is a Korean 3D horror game that originally came out in 2001, and was later remade and released again for mobile phones in 2015, as well as on PC and modern gaming consoles. The original game was absolutely legendary and notorious for its scary atmosphere and innovations not only in Korea, pioneering game mechanics that wouldn’t become mainstream until much later (with games like the Amnesia series). I repeat, White Day – the game – is a classic that every horror fan absolutely has to play. The game is set at night at the same haunted school, and you solve puzzles while avoiding the homicidal maniac janitor and vengeful spirits trapped inside the building. Hiding in the dark, you’ll encounter iconic entities like the “face ghost”, “spider ghost”, or play “red light, green light” with a spirit. Since you have no way to defend yourself or fight back, the only thing you can do is trying your best to hide, while you discover more and more of the school’s dark secrets. Your nerves will be constantly on edge, to say the least. A sequel to the game is apparently in the works.

So what about White Day – the movie? Although movie adaptations of games turn out terrible 90% of the time, as a huge fan of the game I was cautiously excited. I should have known better. To cut it short, there are so many things wrong with this movie adaptation that I don’t even know where to begin. You’d expect there to be changes to the story, but in this case, not a lot of the original was left in at all. For starters, Hee-Min was given a backstory about hailing from an exorcist family and all. There is also an entire side plot about two older shamans trying to exorcise the spirits. While some reference is made to that kind of mythology in the game, the tone was much darker and well, less childish and fantasy-like. The whole backstory about Na-Young’s death and how the school came to be haunted was changed. Also the character of Yoo Ji-Min (played by Jang Somi), who only appears in a side story in the remake of the game, is part of the main cast here. There is nothing wrong with that, but I don’t get why they added so much needless extra plot, while leaving other plot strands from the game completely unexplored. If they’d just left the story as it was, the result would have been much better.

Unfortunately the changes don’t end here. Like I mentioned before, the game White Day was notoriously terrifying, to the point that players apparently were too freaked out to even finish it. Well, nothing of that fear made it into the movie. Although some of the ghosts and villains from the game do appear, such as the spider ghost or the janitor, at no point is there any tension or sense of horror. There are a few cheap jump scares, and our heroes also get chased around by zombie students, red-eyed shadows, among other otherworldly creatures. The movie really tries hard to be scary with loud sound effects and stuff, but it’s all kinda lame. On the other hand, some of the death scenes are pretty bloody. What’s worse though are the scenes where people use magic spells and weapons against the evil spirits, kind of like in Harry Potter or some fantasy action movie. Seriously, I couldn’t believe my eyes. If you’re familiar with the game, it’ll look incredibly odd and out of place.

Apart from that, the general tone of the movie is that of a fantasy-high school comedy. The dialogue is trying hard to be humorous and lighthearted, but instead ends up sounding stilted and out of place. It would be reminiscent of a high school soap opera if it weren’t for the constant cursing and profanities, probably an attempt at imitating teenage slang. Somehow the movie can’t seem to decide whether it wants to be scary or comical, but you can’t have both. An even bigger problem is the casting though. Except for lead actor Chani, a pop singer, the cast is almost entirely made up of TV actors and actresses, most of which don’t look anything like their game counterparts. Actress Lee Hye-Ran for example (who plays Seong-Ah, an important character in the game) is 34 and also looks like 34, she absolutely doesn’t suit the role of a high school student. And Hee-Min is an awkward moron who I’d refuse to play as if this was the game. Veteran actor Jang Gwang as the older shaman was ok. But overall, as a fan of the game, I can’t say I liked what they did to the characters.

(There might be spoilers in this section. Not that it mattered.)

I guess by now you have a pretty good idea of what a mess this movie is. Just when I thought it couldn’t get any worse, the final showdown came around. And boy did it suck. First we get a completely unnecessary backstory about Hee-Min’s friend who died or something, a sub-plot that wasn’t mentioned or hinted at before. Then we are treated to an unbelievably melodramatic Korean-style tear-jerking resolution, the villain repenting for her sins and all. The ending scene, between Hee-Min and his two love interests, finally features the most cringe-inducing dialogue and awkward acting I’ve ever seen in a horror film. Seriously, this love triangle has zero chemistry, and it’s just painful to watch. That concludes this mess of a movie at long last. But beware – a sequel is kind of hinted at.

It seems like White Day – The Movie was aimed at a younger audience, but I’m guessing they wouldn’t be familiar with the game anyway. Fans of the game, on the other hand, will very likely be disappointed. With the silly special effects and soap opera-like dialogue, the whole thing has a TV drama vibe to it and looks incredibly cheap. You might enjoy it after 2 or 3 bottles of soju, if you treat it as a horror comedy. But seriously, White Day: The Labyrinth is a really poor attempt at capitalizing on a horror game classic, and a wasted opportunity, to say the least. Please don’t make that sequel guys.

Almost everything, but the casting deserves special mention.