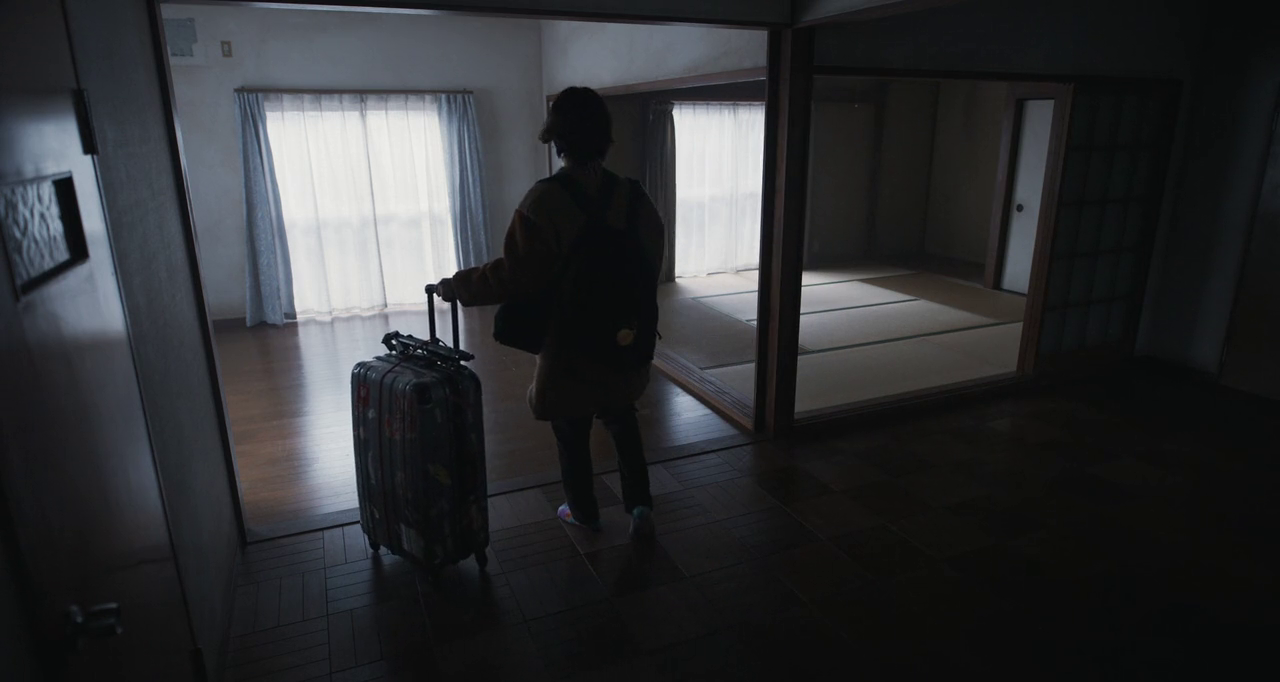 “Stigmatized properties” are houses where a murder, suicide, death or other unpleasant incident occurred, and are often considered to bring bad luck or even be haunted. After the breakup of his highly unsuccessful comedy duo, Yamame (Kazuya Kamenashi of KAT-TUN) is given the chance to star in a paranormal TV show. All he has to do is film himself living at a stigmatized property, hoping for something paranormal to happen. The idea proves successful, and Yamame is later assisted by his former partner Nakai (Koji Seto) and their comedy act’s only fan Azusa (Nao Honda), who happens to be able to see spirits. As he moves from property to property, the hauntings become increasingly threatening. But Yamame, finally given a chance of success, doesn’t realize the danger he is putting himself in.

“Stigmatized Properties” is based on an actual book by comedian Tanishi Matsubara, in which he describes his experiences living at stigmatized properties. How much of the movie’s story is true is anyone’s guess, though. This is Hideo Nakata’s fourth recent attempt at a horror movie, following the latest Ring sequel “Sadako” from 2019. Nakata hasn’t quite been able to replicate his successes of “Ring” and “Dark Water”, though all the recent outings were modestly successful. Anyway, “Stigmatized Properties” starts out interesting enough with endearing and well-acted main characters, whose casual banter kept me entertained during the lengthy daily life segments. Most of the dialogue feels completely natural, and I suspect some of it must have been ad-libbed. Kazuya Kamenashi pulls off Yamame’s transformation from down-on-his-luck loser to confident and even arrogant reality TV star pretty well. Some of the minor characters are stealing the spotlight though, Houka Kinoshita as Yamame’s and Nakai’s TV producer, and Noriko Eguchi as a mysterious real estate agent deserving special mention. Keep your eyes peeled for cameos of other TV personalities. Most of the movie is set in the city of Osaka, and the Kansai dialect spoken most of the time gives it a special charm.

So much for the good parts, now on to the movie’s problems. Several ghost appearances happen during the movie, but none of them are even remotely scary. Ghosts either look like normal people, or like they were created with a smartphone app. It almost feels like the movie is trying too hard to scare you, like a haunted house ride at an amusement park. And while the premise is interesting, parts of the story felt rushed, and some of the hauntings could have used more explanation. In spite of that, I enjoyed the movie for most of his running time, almost getting my hopes up for Nakata finally returning to form. And then the climax happened. Man, the climax. What were they thinking? At his latest stigmatized property, Yamame is suddenly attacked by a whole bunch of ghosts, crawling out from the closet, the ceiling, even the refrigerator (!). Without any buildup or explanation. The whole scene looks so cheap and ridiculous, I initially suspected it to be a dream sequence or something. I’m not exaggerating when I say that those ghost visuals are the worst I have ever seen in a horror movie (that wasn’t shot by film students on a budget of $500). One can’t help but wonder how that scene made it into the final product. In case you don’t believe me, here is a screenshot:

Just when you think the worst is over, the scene is followed by a magic battle between our heroes and a grim reaper-like figure, who may or may not be the source of the paranormal incidents. It’s every bit as ridiculous as it sounds. By that time, I was already completely taken out of my immersion. In a reversal of its plot, the film starts out as horror and ends up as a comedy. …Perhaps I should stop before I write myself into a rage. At the very least, it should be noted that the third rate ghost train-like effects don’t suit the realistic tone of the story at all. It’s kind of a shame how they almost ruin what would otherwise be a decent movie. Indeed, other recent works of Nakata’s have suffered from similar problems, using CG ghosts that simply aren’t scary (The Complex coming to mind). One has to wonder if Ring was just a fluke.

For the record, I enjoyed Stigmatized Properties despite its shortcomings. It may not be the best out of Nakata’s recent works, but it’s worth checking out for the characters and the story.