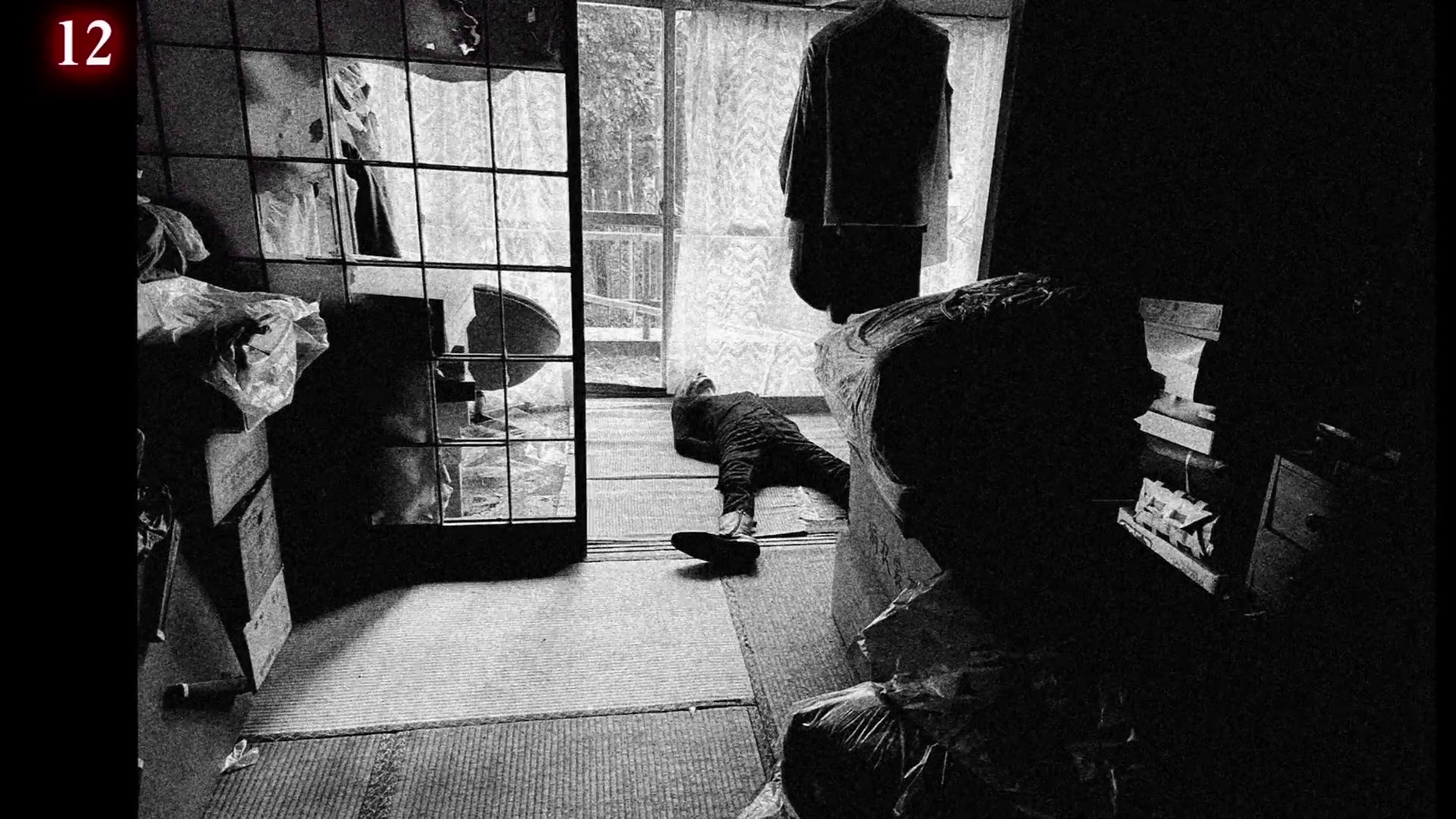 Nana and her high school friends Fumi, Suzu, Ayumi, Ryo and Yuki are holding an online meeting, but when one of them turns up dead, the remaining friends realize something is amiss. That is to say, all of them are cursed and unable to leave their homes.

It turns three of the friends made a trip to a rumored haunted building, the reported site of a rape-murder case. The culprit (Samejima) himself was subsequently murdered. When the building was abandoned, only the vengeful spirits were left behind. Soon after rumors about the place started spreading. According to which the curse works as follows: Anyone who as much as hears the story of Samejima is cursed to die. Which means anyone who tells the story is also spreading the curse.

All of them trapped inside their homes, the friends now have to find a way to stop the curse before the vengeful spirit comes for them.

This is one example of economic filmmaking! 5 friends are holding an online meeting on their computers. The basic concept is that all the action is shown fake-docu style through cameras, kind of like Searching, but that rule isn’t always adhered to. Obviously, Samejima Incident isn’t big budget production with A-list actors, but sometimes less can be more.

Of course, we all have seen the idea of a chain letter curse before, even if you throw a little Ju-On into the mix. The rules also aren’t as clear as they should be, and we never learn anything about the vengeful spirit either. Anyway, while the idea itself is certainly not new, the post-covid digital approach (recently used to good effect in the British production Host) definitely makes for an interesting concept.

If you don’t mind the simplicity of it all, there is definitely a lot to be enjoyed here. For what it is, the movie is decently shot and edited. Effects are subtle and functional, the acting is on-point. It seems the filmmaker had a clear vision for the final product.

It uses a lot of familiar scare tactics, jump scares and all, and one scene ripped wholesale from a Ju-On movie. Being not very scary is actually the movie’s main flaw. If you have scene even one Japanese horror movie in your life, this probably won’t scare you. While the situation itself might be terrifying, the ghost didn’t really impress me. Maybe it appears a few times too often? Still, I appreciate that the effects are subtle and they didn’t go crazy on the CG and make-up. The showdown inside the haunted building, mostly thanks to the first-person camera view, is probably the scariest part of the movie.

Overall, I’d say that rather than relying on jump scares, fear is mainly conveyed through the acting. And the actors certainly do a good job selling it. They act like normal people would in this situation. Which means freak out. Honestly, the cast is doing 90% of the work here. Especially lead actress Rena Takeda does a good job as the lead and is immediately likeable.

As for the story, there won’t be a lot of surprises, but it’s certainly functional and will keep you hooked. The simplicity of the plot and setting work in the movie’s favor. Tension escalates while the friends look for a way out and the mystery is unraveled bit by bit.

Since it seemed like the filmmakers were trying out something new here, I was hoping they’d sustain their efforts until the end, but maybe I gave them too much credit. Compared to the rest of the movie, the ending felt unimaginative and abrupt, but maybe that’s just me. It didn’t ruin the movie, mind you. Thanks to invested performances, snappy editing and camera work, and a well-written script, I can assure you those 90 minutes will go by in a flash.